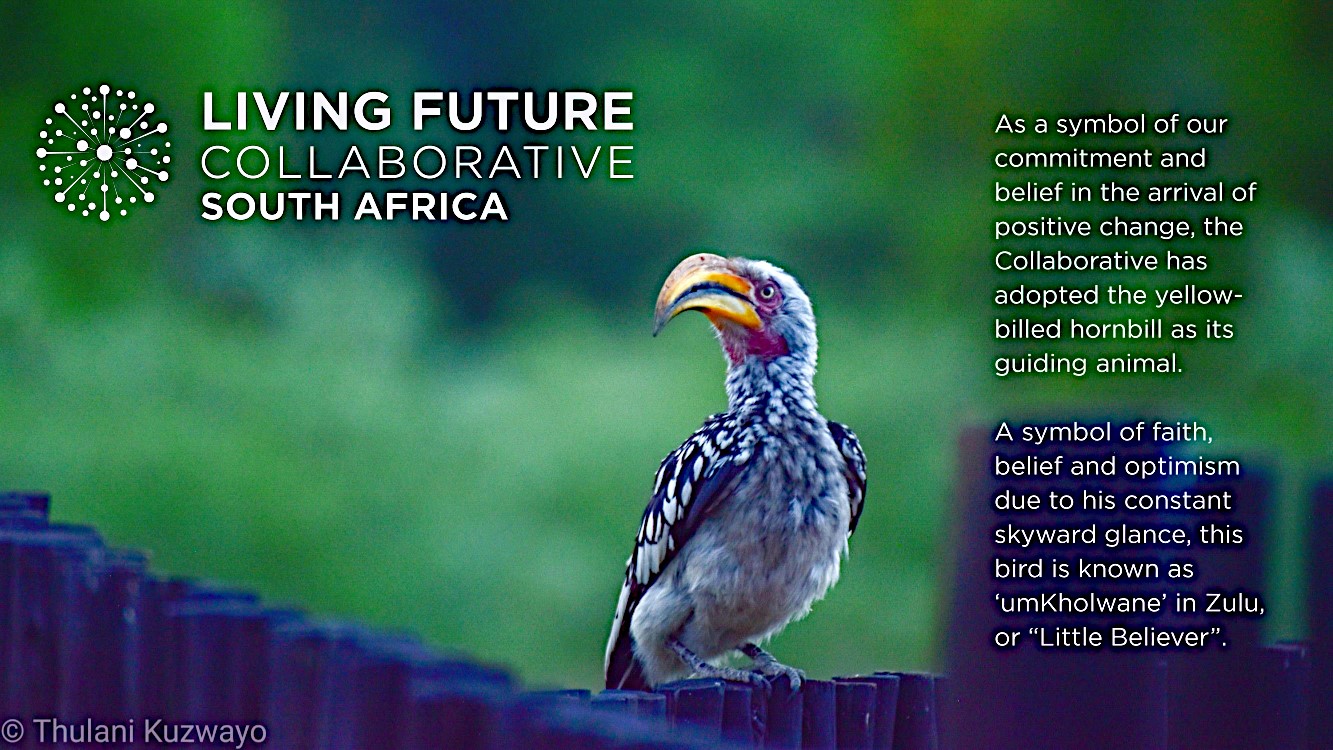 As part of the drive towards a regenerative and net zero built environment, the Living Future Collaborative of South Africa has been officially launched. The organisation held its first series of events, ‘Truth in Action’, in November 2019.

The task of the Living Future Collaborative SA is to advocate and work collectively with all stakeholders towards a Living Future. As such, the voluntary organisation has set itself the task of promoting strategies and approaches that operationalize regenerative design by creating awareness and contextualising the Living Building Challenge in South Africa. 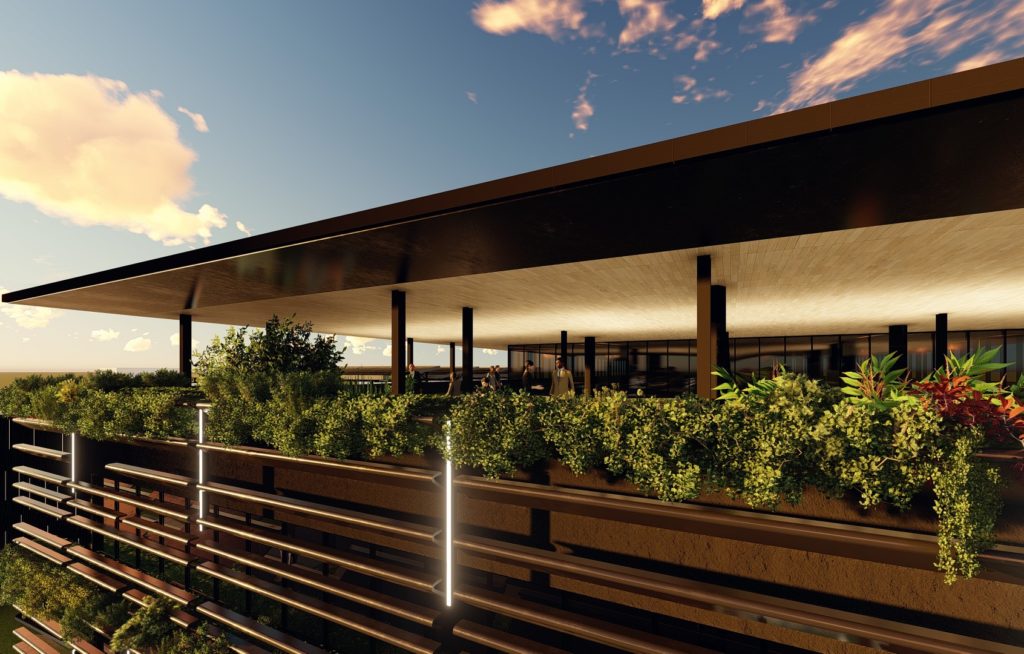 Believing in a Better World for All

The South African built environment faces numerous challenges and risks. These include cities that are still riddled with the vestiges of apartheid spatial planning; projects currently underway that inadvertently reinforce spatial injustice; scarcity and mismanagement of valuable resources such as water; cities running out of landfill space due to waste management issues; and a lack of climate resilience planning to mitigate the effects of extreme weather impacts such as drought and flooding.

This is a future that many professionals cannot accept and are actively seeking to change. The Collaborative believes in the Living Building Challenge philosophy and comprehensive approach because it holistically addresses the multiple challenges faced by cities.

As a symbol of this commitment and belief in the arrival of positive change, the Collaborative has adopted the yellow-billed hornbill as its guiding animal. A symbol of faith, belief and optimism due to his constant skyward glance, this bird is known as ‘umKholwane’ in Zulu, or ‘Little Believer’. 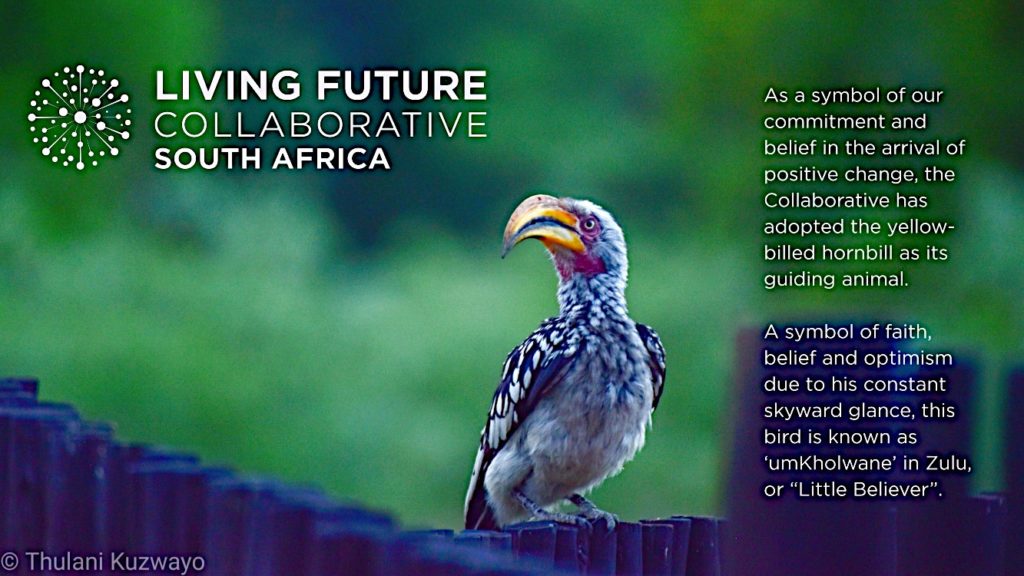 The Living Future Collaborative SA has adopted the yellow-billed hornbill, ‘umKholwane’, as its guiding animal as a symbol of faith, belief and optimism.

What is the Living Building Challenge?

The Living Building Challenge is a philosophy, an advocacy tool and a certification tool for projects that aim to create Living Buildings. The LBC is an initiative of the International Living Future Institute (ILFI), whose mission is “to lead the transformation toward a civilization that is socially just, culturally rich, and ecologically restorative”; and which is “premised on the belief that providing a compelling vision for the future is a fundamental requirement for reconciling humanity’s relationship with the natural world.” 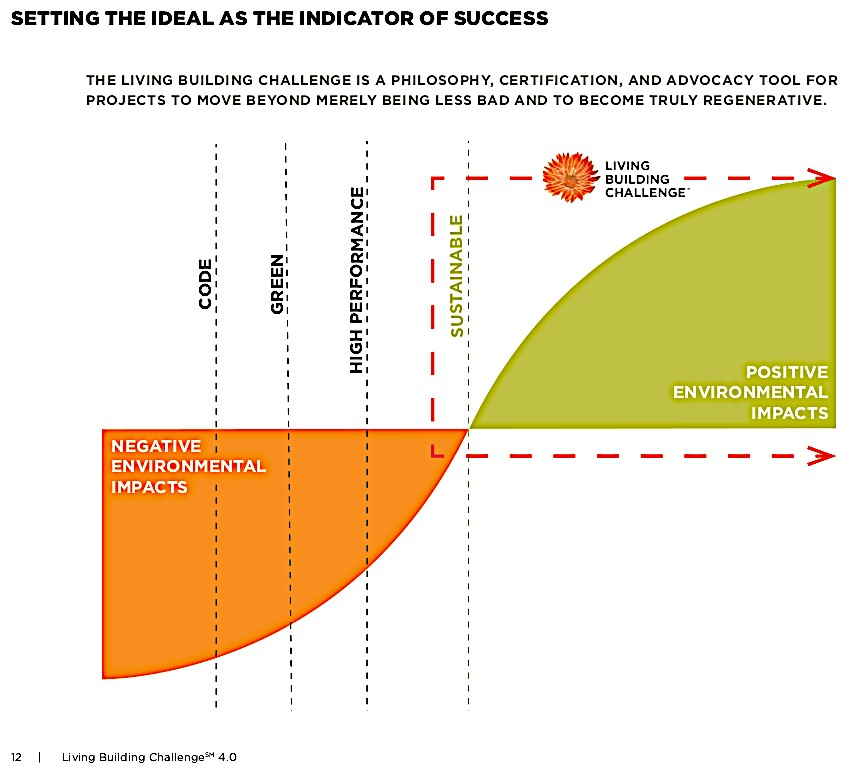 The Living Building Challenge certifies buildings that are truly regenerative and contribute positively towards the environment.

The ILFI has an Ambassador Network that spans the globe, on every continent and in every time zone – with 709 Ambassadors in 43 countries, and 89 Collaboratives in 41 countries. Marloes Reinink has been an ambassador for the ILFI since 2015 and, as part of her role, has presented the “Introduction to the Living Building Challenge 3.1” to over 600 people in South Africa. She was joined by Thulani Kuzwayo in 2017 and together they organised and facilitated a Living Future Collaborative for South Africa. 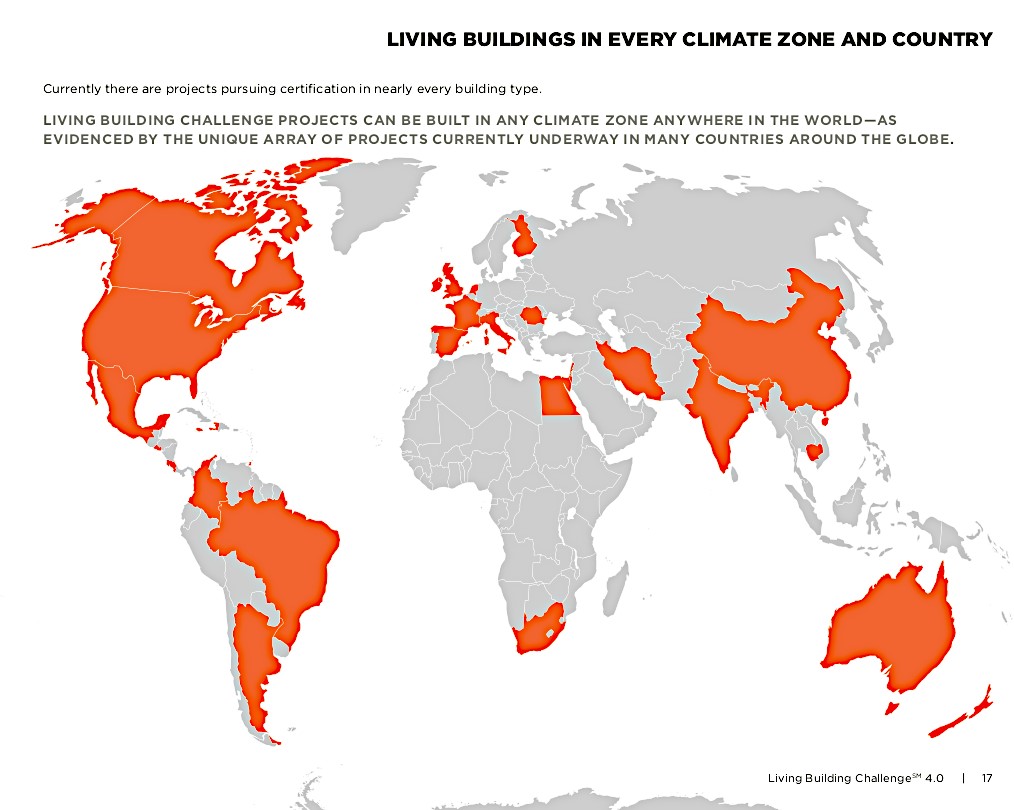 Living Building Challenge buildings can be built in any climate zone in any part of the world.

The core underlying principle of the Living Building Challenge is that buildings should mimic nature and natural systems. Living Buildings are buildings that meet the 20 stringent imperatives of the LBC standard, including being net zero energy, net zero water, using materials that are toxin free, and being beautiful and an inspiration to the surrounding community. The buildings are regenerative, contributing positively to the environment. 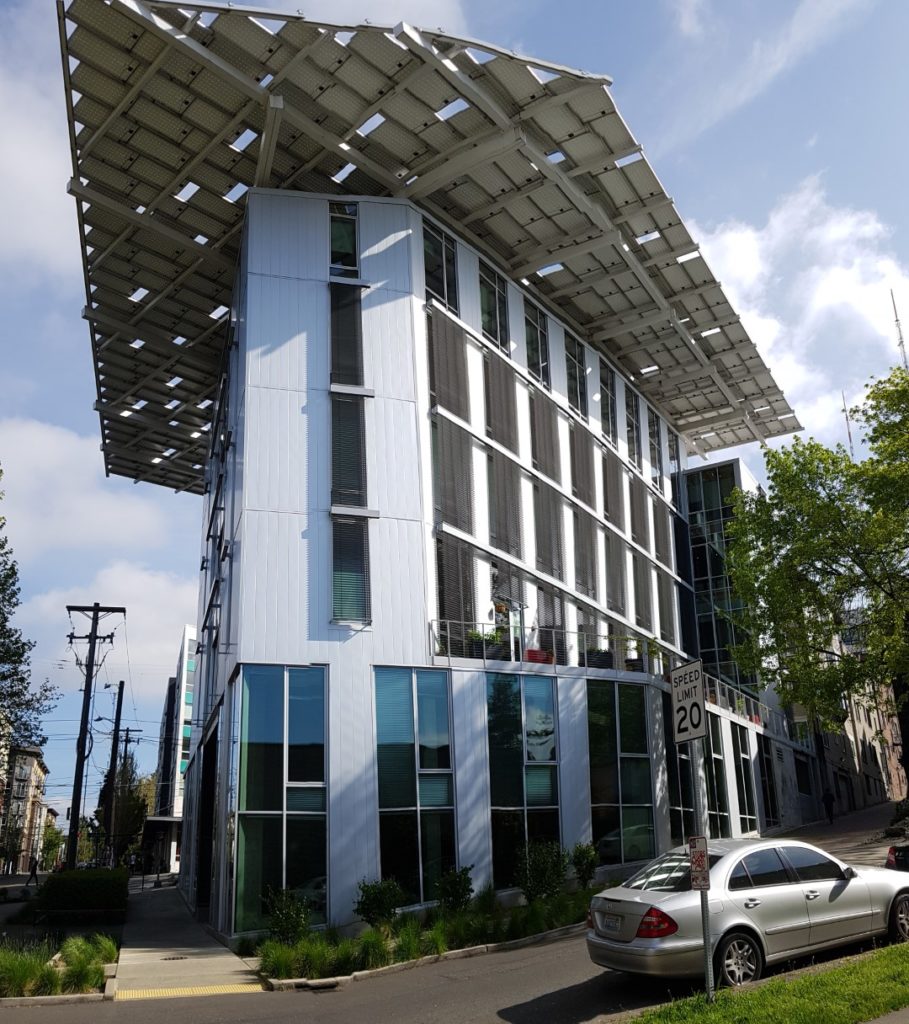 As of June 2019, almost 600 projects around the world were registered to pursue certification under LBC and Zero Energy (ZE). The certification is verified after the building has been in operation for a minimum of twelve months and is able to demonstrate compliance based on actual performance.

In South Africa there are already projects that are actively seeking this certification – two residential projects in Oranjezicht, Cape Town; the 76 Corlett Drive office development in Johannesburg (targeting an LBC Petal certification); the Green School in Paarl which is currently under construction and targeting a full LBC certification; and Solid Green’s new office in Parkhurst, which is pursuing the Core certification. 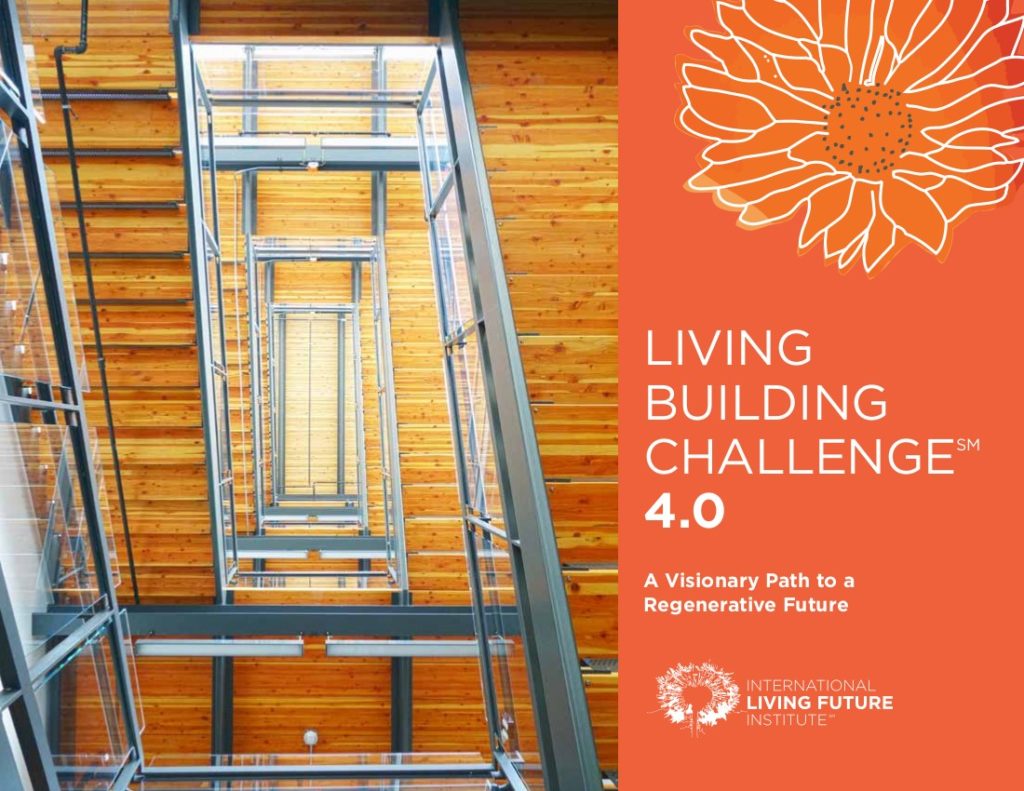 The Living Building Challenge is a philosophy, an advocacy tool and a certification tool for projects that aim to create regenerative buildings.

On 20 and 21 November 2019, the Living Future Collaborative South Africa hosted two presentations in Johannesburg and Pretoria respectively, as part of the ‘24 Hours of Reality: Truth in Action’ daylong worldwide conversation about the climate crisis and how to solve it.

The events were held at Boogertman + Partners head office in Bryanston, and Aurecon Centre in Lynnwood, and one tree was planted for every person who attended thanks to One Tree Planted. Guest speakers were Adrie Fourie on ‘Setting the Scene – Climate Reality’, Marloes Reinink on ‘Living Buildings for a Living Future’ and Denise Mall on ‘Taking Action – from Sustainable to Regenerative’. These events, which were both extremely well-attended, set the scene for the public launch of the Collaborative.

At a meeting of like-minded professionals in the Magaliesberg just outside Johannesburg on 18 January 2020, the Living Future Collaborative formalised its ‘raison d’être’ and set itself an ambitious set of tasks.

With the vision of bringing change beyond individual buildings, integrating urban systems and communities with nature, and creating a coherent future for South Africa’s built environment, the Collaborative aims to organise quarterly events centred around showcasing examples, workshopping what it means to go Net Zero Water/Energy, introducing the concepts of sustainability at schools, and advocating to bring transformation in policy.

The Collaborative is currently active in Johannesburg and Cape Town, and relies on the collaboration of people that volunteer their time and energy to implement its goals. For more information, please reach out to lbc.collaborative.rsa@gmail.com. 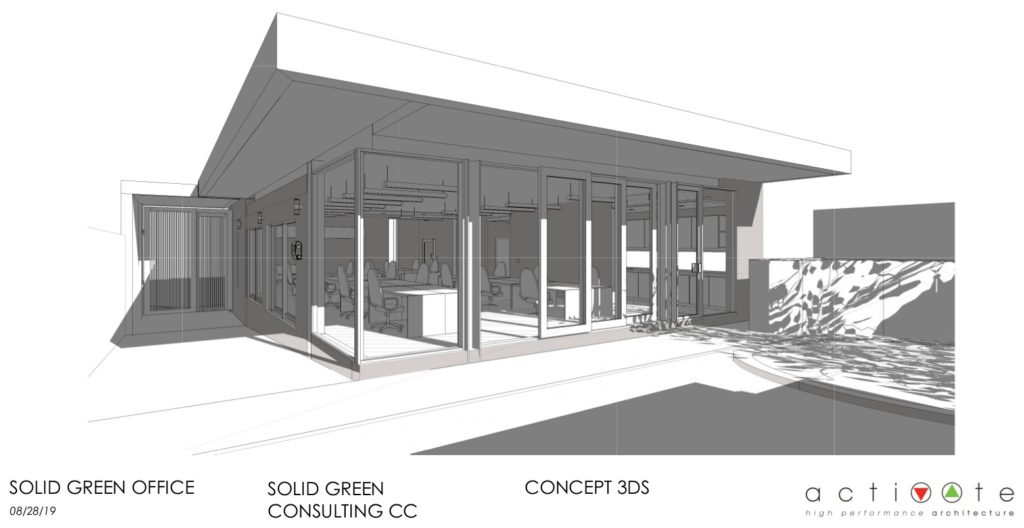 ← Prev News ItemAndile Shange is taking on the World