In mid-January 2019, the Solid Green team spent three days at the self-catering Blue Sky Lodge in Hartbeespoort, learning, exploring and generally having fun as part of their annual team building event.

Day 1 was spent cooking as a team at the Wickedfood Earth Cooking Class. The host, Mike Crewe-Brown, introduced us to Wickedfood Earth, a self-sustaining working farm in the Magalies Valley subscribing to the ethos of ‘the responsible use of sustainable resources’ including a sustainable food philosophy.

The team paired off to prepare a delicious lunch that was later enjoyed in the veggie garden. Marloes and Gavin made the Fresh Tomato and Sweet Chilli cold soup (especially suited for the vegans among us); Alex and Dash cooked the Perfect Roast Chicken on the braai; Bronwyn and Chilu excelled at labour intensive Roast Potatoes; Annelide and Jeffy cooked (and tasted!) delicious Sauteed Vegetables; Giant and Wayne were responsible for the Spicy Roast Butternut and Beetroot Salad (a serious undertaking); and Noma and Khosi’s Seasonal Fruit crumble took the cake. 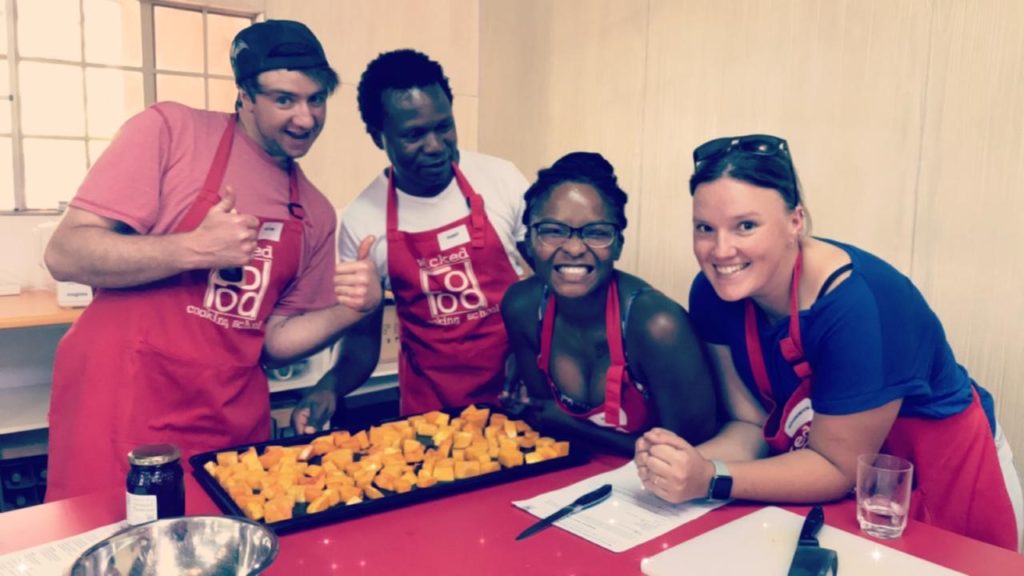 In the afternoon, teams of four joined forces to create adverts for Solid Green. Giant, Chilu, Khosi and Jeffy produced a touching and slightly disturbing video with hard hitting graphics, soundtrack and captions. Noma, Marloes, Gavin and Alex made a TV advert, starring a watermelon, with a ‘Greenie’ informing a ‘Clueless’ about the benefits of going green. Annelide, Dash, Bronwyn and Wayne produced an award-winning music video, changing up the lyrics of a 90’s classic, and telling the story of a grey guy who was inspired by Solid Green to become a green guy. 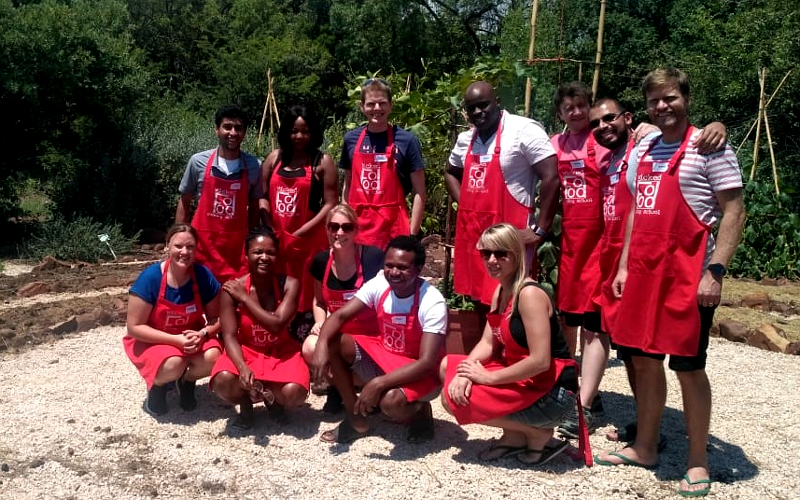 Day 2 kicked off with a murder mystery themed ‘Murder in Manhattan’, with a pool-side debate on who the killer may be. The Best Dressed award went to Annelide, with Outstanding Acting awards going to Alex, Dash and Khosi. This was a great way to get the team talking in a different environment, and the game was played for long after it was finished… getting out of character seemed tricky for some! 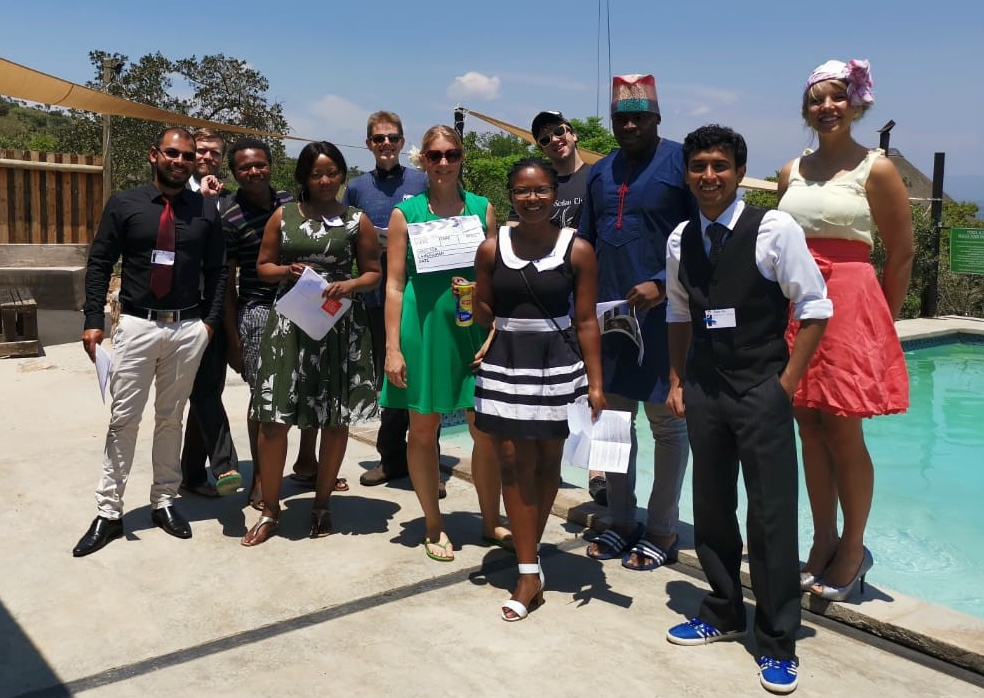 Later that day, we embarked on a two-hour sunset cruise on Hartbeespoort Dam close to the dam wall. The winds picked up and clouds rolled in from the west, making the trip a little longer than expected. However, back at the Lodge we rallied around the Karaoke Box with a few G&Ts followed by a midnight swim. 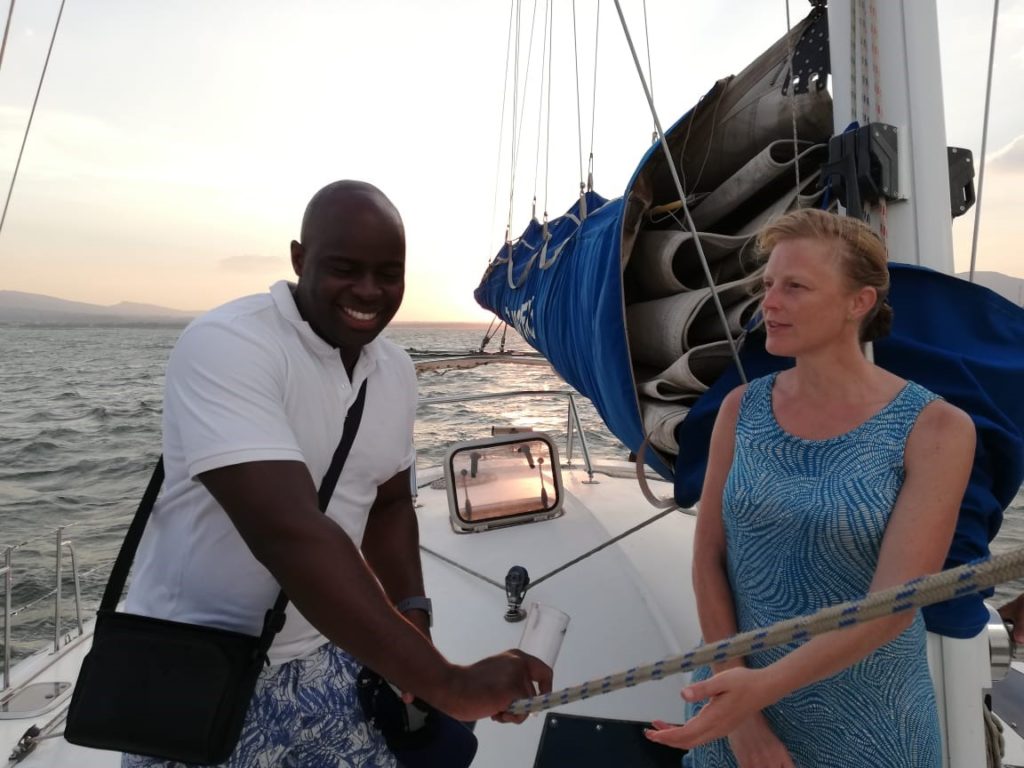 On our third and final day, we were guided around the Sterkfontein Caves, a very cool experience involving lots of stairs and a highly recommended shadow puppet show. Then we headed back to the city, so start 2019 with renewed enthusiasm and much-improved cooking skills! 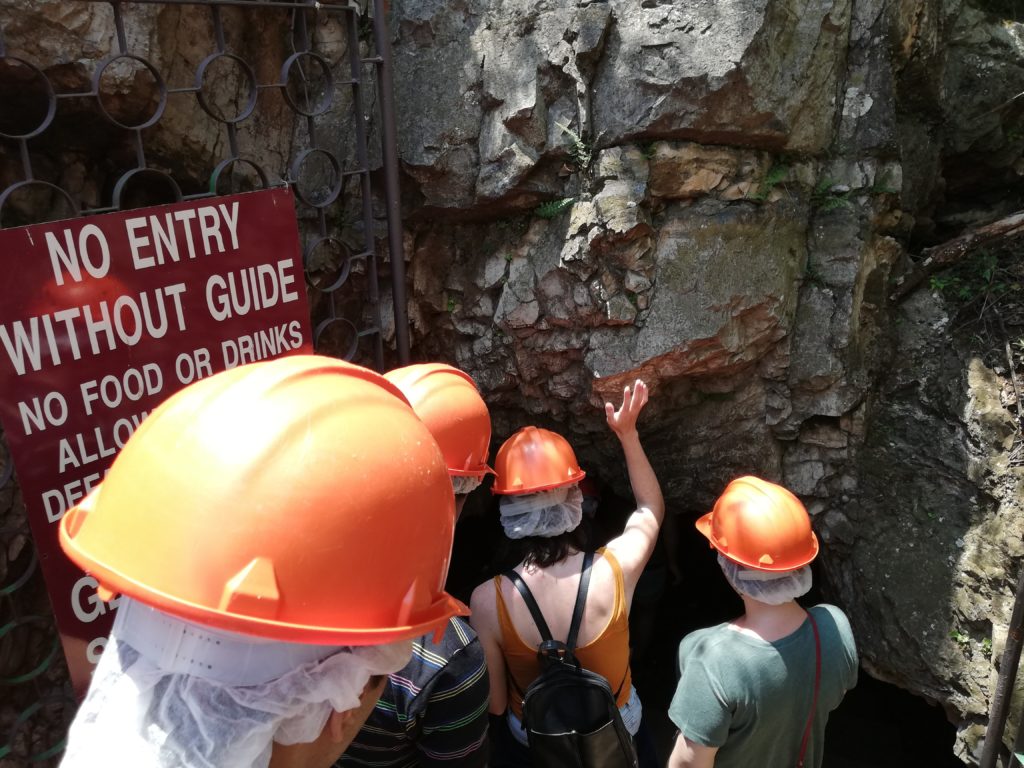