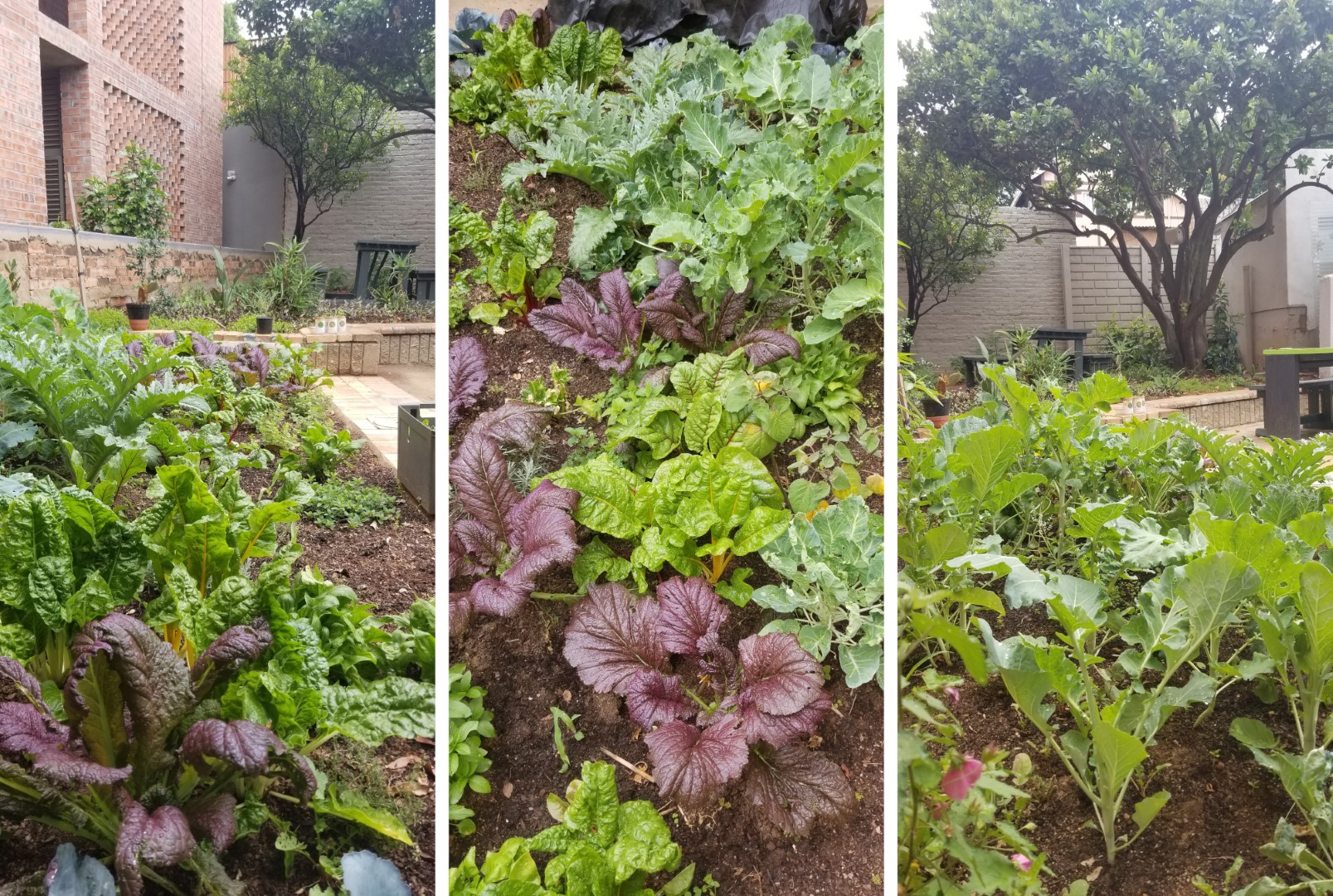 Our new office – Chapter 8: The Garden

After two years of construction, Solid Green’s garden is finally taking shape and providing joy and respite to everyone who works and visits the new office. Here, Marloes Reinink and Ryoko Tamada, landscape consultant, share their process.

What was the brief that informed the garden design?

As I sit in the garden, I realise how happy this office makes me, and the secret happiness factor is the garden. Over the last three months we have been working on the garden and it is hopefully the beginning of a peaceful heaven that can be used as a stress reliever in hectic times. The garden was pretty much hammered by the ongoing construction and, with the main office building now finished, we are finally regenerating the garden. Starting off with taking stock of what was there – an orange tree and plum tree mainly – and reusing some of the potted plants from our old office’s balcony. The main idea was to plan only plants that are either indigenous, medicinal, or edible. We called in help from Ryo to assist with the design and planting of our garden. We might know a lot about green, but we are not so well versed in landscaping.

One of the important things for me was that we could use the garden to relax, reflect, but also to potentially work – how nice would it be if we can take project meetings outside in the garden? In my experience, being outside reduces stress immediately and makes you feel much calmer. I also love the large sliding doors of the office that open onto the garden and offer a connection to nature even in our urban setting.

Marloes’s request was very much in her style – thoughtful, inclusive, connected, recycled and sustainable. The design brief was to use ‘useful’ or ‘meaningful’ plants which were to the greatest extent possible, indigenous, with a style that is informal, soft and natural. It turns out that even many plants that we commonly see in our built green environment surprisingly do have some kind of medicinal/edible properties according to sources such as Indigenous Healing Plants by Margaret Roberts (Halfway House Publishers), and we were able to source many of them through Random Harvest Nursery in Muldersdrift.

The edible plants were selected by Marloes based on the vegetables that she felt would be useful to her team. She was insistent on including plants that had been suggested by her team members. 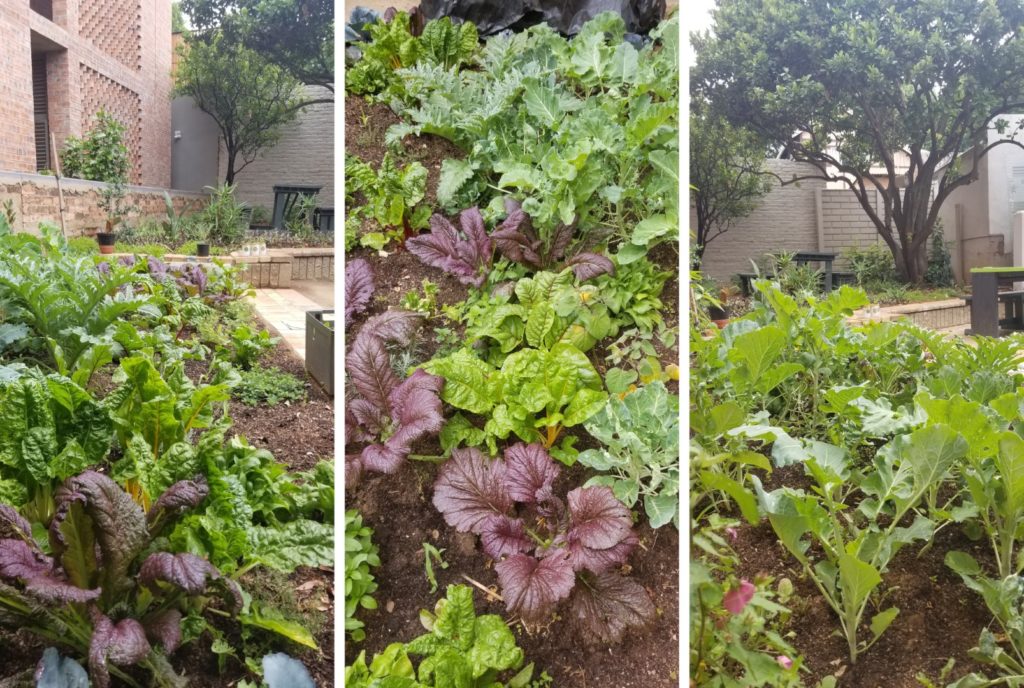 What were the biggest challenges?

After two long years of construction, when we started the garden, the soil was heavily compacted in its worst sections and, in its best areas, ran its own course, as many transition properties must have during lockdown. Another big challenge that we have had is in finding a lawn replacement ground cover that is simultaneously walkable, useful/indigenous and meets the stark sun/shade conditions. 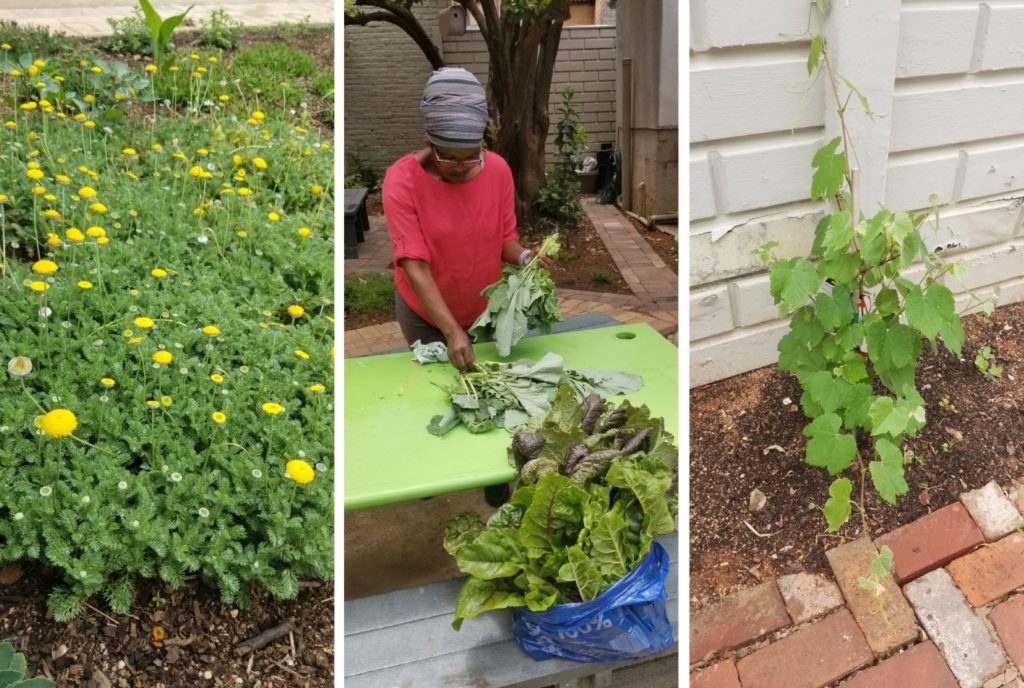 What is your favourite part of the garden?

The veggie and herb patch is my favourite section and we have a good harvest of spinach and kale already, it is growing madly. It also has the necessary garnish ingredients for G&Ts, different types of mint, rosemary and sage – which is crucial for good office parties. We have also added a grapevine, granadilla vine and an almond tree.

We have hung up two bee hotels, and we are taking part in the Jozi Bee Hotel Project, which aims to ensure equitable access to biodiversity for all city residents. Our worm farm is also back in full swing. I cannot believe the worms survived the move after being neglected for a while, but they seem to be happy again in our new home. All their produce from the last couple of years was used to improve the soil quality. 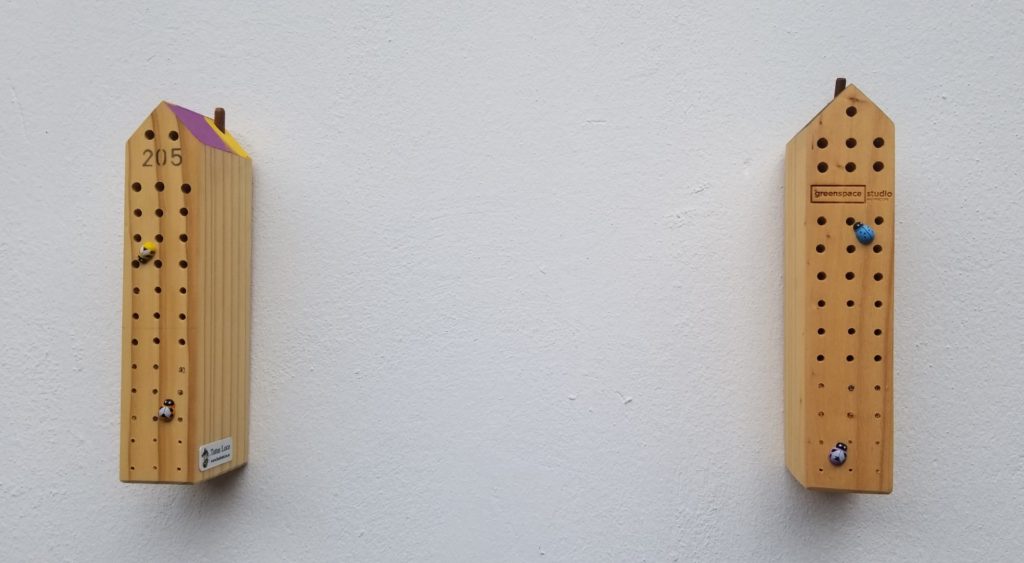 What were the unexpected successes?

The hardscape and topsoil were sourced from Parkhurst residents as we rang the door bells of homes that had piles of used bricks and topsoil in front of their houses for disposal. The homeowners were often grateful to have the materials removed, and we were able to create a garden path, patio and driveway entirely from free recycled materials.

Marloes had also lovingly saved all the plants from her previous office and, miraculously, they had survived being left outdoors during lockdown. They also had to find space in the new office garden. Connie, a staff member whose ‘adoption’ of the garden was to become critical in its daily care, would often shake her head smiling and say, ‘Marloes loves green too much.’

Any garden that is planted from an empty lot, especially informal in style, is a challenge as it does not have existing mature plants or a geometric pattern to fall back on for ‘structure’ and backbone. However, Marloes and her team have started an exciting living garden process that will take shape and become layered in the passing of time and, hopefully, give great pleasure to everyone who works in the inspiring environment at the new office.