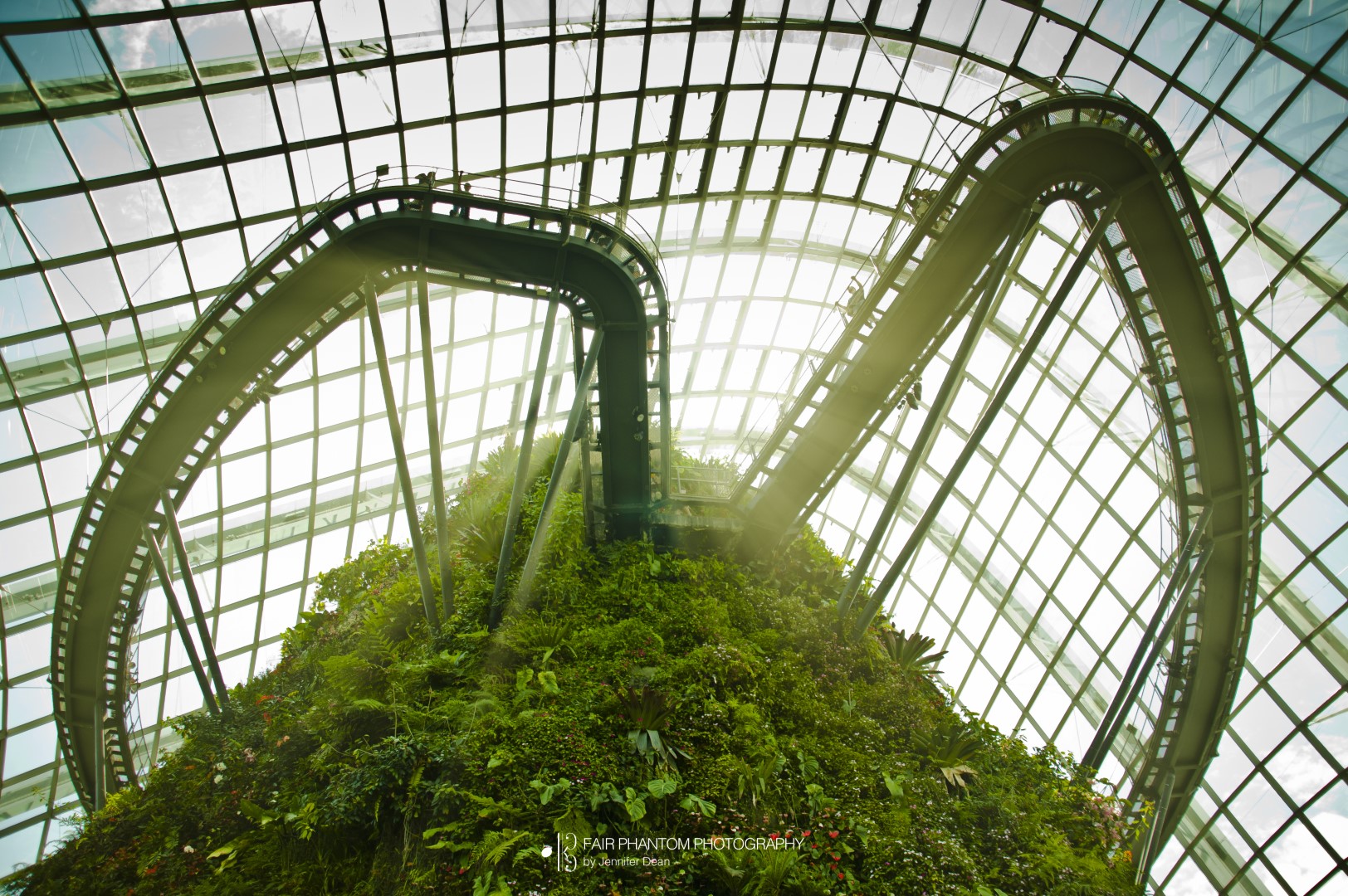 In this lyrical story, Jennifer Dean, Sustainable Building Consultant, shares some of her formative experience and motivation for the work that she does as part of the Solid Green team.

Anyone who has spent some time in my company would probably know I love quoting songs – name a problem and, nine times out of ten, I’ll quote a song as the solution. And yes, it would be my interpretation – perhaps a line or two, but I’d like to think it helped at least one of my friends over the years! The title of this article came from a song, released in 2010, by a South African Band called Evolver One, and aptly titled “Green Song (Don’t Destroy the World)¹.”

Growing up, I was privileged enough to travel with my dad during school holidays, as he conducted inspections and meetings at various sites around parts of the Free State, Gauteng, Limpopo and Mpumalanga. On one occasion, we stopped at a store along the way and were lucky enough to purchase some old 30mm thick solid Imbuia planks, which had come from a building site in a small town (and which would otherwise have been thrown out). He would later spend hours (with me assisting) cutting, joining, planing, sanding, oiling and shaping them into furniture – a desk for me to do my school homework on, a TV cabinet and a coffee table, to name a few. Blood, sweat and wooden shavings mixed with glue went into these projects – nothing was wasted!

Years later, after completing my architectural studies and spending time in a few different practices learning about the industry, I began to wonder, “Is there something more, is there something better?²” More than just orienting the building correctly and making use of this glorious South African sun to heat our water and our homes. More than rainwater harvesting and first principles of design. As architects, we often get bogged down by the details – satisfying the client brief, staying within a budget – while still trying to make a statement about the Art of Architecture. And that art is subjective. For a change, I’d like to focus on the empirical, the measurable, the verifiable. 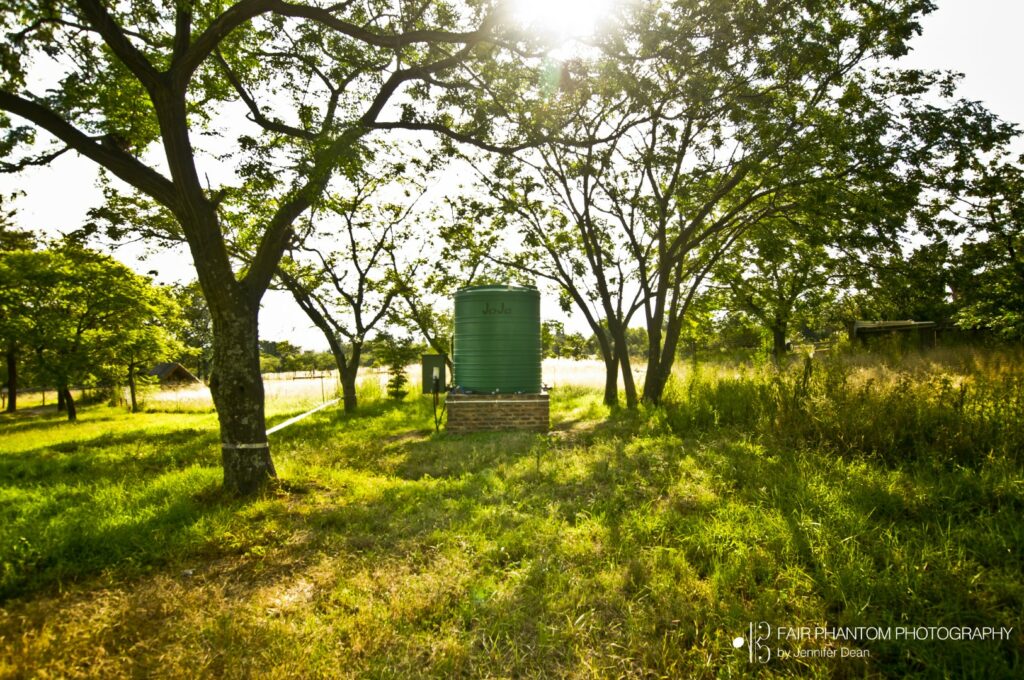 The afternoon sun illuminating an owner’s efforts to harvest water on a smallholding in Midrand (Jennifer Dean, 2017).

My first four months at Solid Green have afforded me the opportunity to do just that, and I have found that I love it. There is so much to learn, track and record. Methods to predict and calculate. A multitude of tools to apply in the quest to find more sustainable solutions to the issues of today, to ensure a better built environment for tomorrow. Interactions and learning from other professionals during meetings, from inception through to the close out stages of projects. It has proved to be invaluable in terms of experience.

I have found there is art in the analysis and theory, as well as plenty of opportunity. And I am excited to be a part of the dynamic Solid Green team, whose constant thirst for knowledge inspires me to grow and develop – with continuous improvement – the goal of a more sustainable future for all. Hope, that hardwired, human quality in us all, leads me to optimistically end this off by quoting the title of a song by Richard Ashcroft, “Ain’t the future so bright”³? 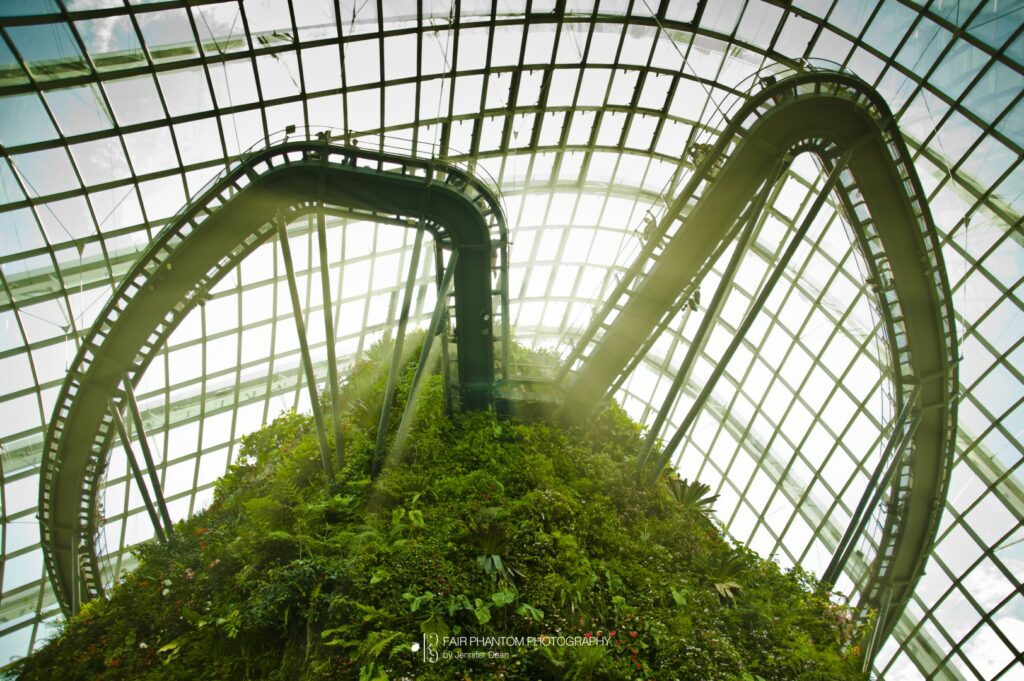 Rays of light – an embodiment of hope for me – streaming through the Cloud Forest Dome in Singapore’s Gardens by the Bay nature park. (Jennifer Dean, 2017)