Floating Communities and Cities of the Future
Q 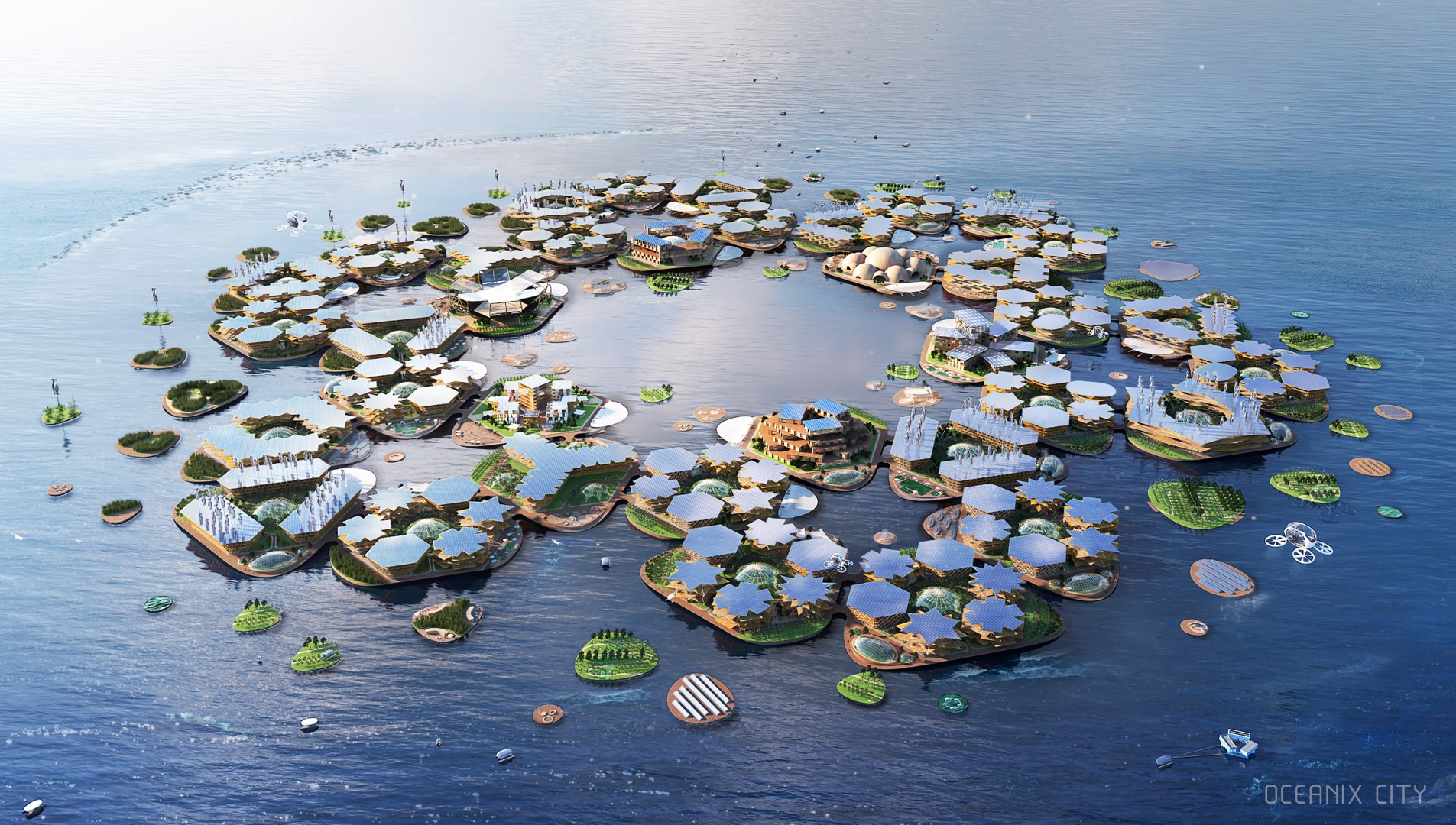 Floating Communities and Cities of the Future

Since the beginning of time, the planet has experienced dramatic changes including in climatic conditions. In this blog Andile Shange, sustainability consultant at Solid Green, reflects on the challenges faced by coastal cities.

From the Stone Age to the Atomic Age, human beings have proven to be very resilient despite the fragility of the human body. With the advent of climate change and the real threat of rising temperatures leading to droughts and floods, biodiversity is under severe threat and people are called yet again to adapt to change. One of the ways that people are doing this is through floating homes and communities. 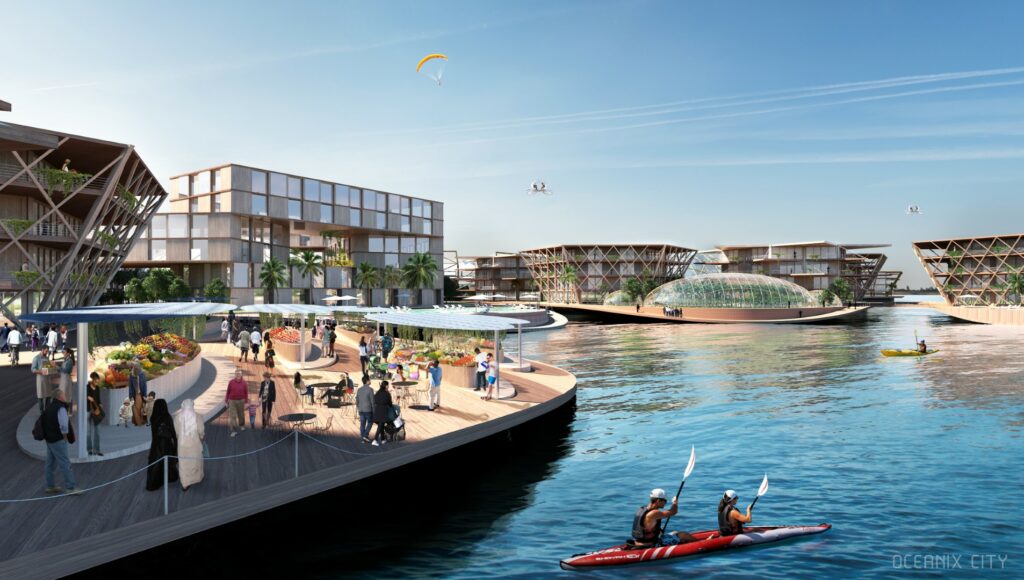 IJburg, a residential neighbourhood that is being built on artificial islands in Amsterdam, and the Seattle Houseboat and Float Home community located on Lake Union both developed largely from a need that arose when property prices in those cities soared. Ironically, the purchase of land rights on water became more affordable than purchasing actual land.

Floating homes like this may soon become a norm for many people who face the very real threat of losing their homes to rising sea levels – the refugees of climate change. Houseboats are built with careful consideration as the very layout of the homes must be balanced so that the house is not heavier on one side than the other. The materials need to be lightweight, function as intended and be treated to withstand the wet environment. And, because floating homes often don’t have access to municipal services, many house boats have found ways to generate alternative power with, for example, photovoltaic cells located on their roofs.

The Pacific island nation of Kiribati “is predicted to be one of the countries most impacted by climate change, in part to its vulnerability to sea-level rise. It is less than 2 meters above sea level.” (Climate Change in Kiribati: How will rising sea levels effect Kiribati?, Ericka Rosen, 2021)  Many residents have emigrated to nearby countries while “the Kiribati government has bought land in Fiji to grow crops and possibly even serve as somewhere to evacuate the country’s entire population if the worst does happen.” (Kiribati, the first country rising sea levels will swallow up as a result of climate change, Iberdrola) In the meantime, local residents have built coral walls which are often destroyed by hightide, and the town has shifted further away from the water.

Halfway across the world on the west coast of Africa is Nigeria, one of Africa’s fastest growing economies and one of the world’s most densely populated countries. Off the coast of mainland Lagos lies Makoko, an informal settlement once hailed as the world largest floating slum, where people have turned to lagoons to build their shelters. The single or double storey cabins are held up by timber stilts thrust into the flood bed of the lagoon, and logs, sheets and other salvaged materials make up the cabin structures where families reside. 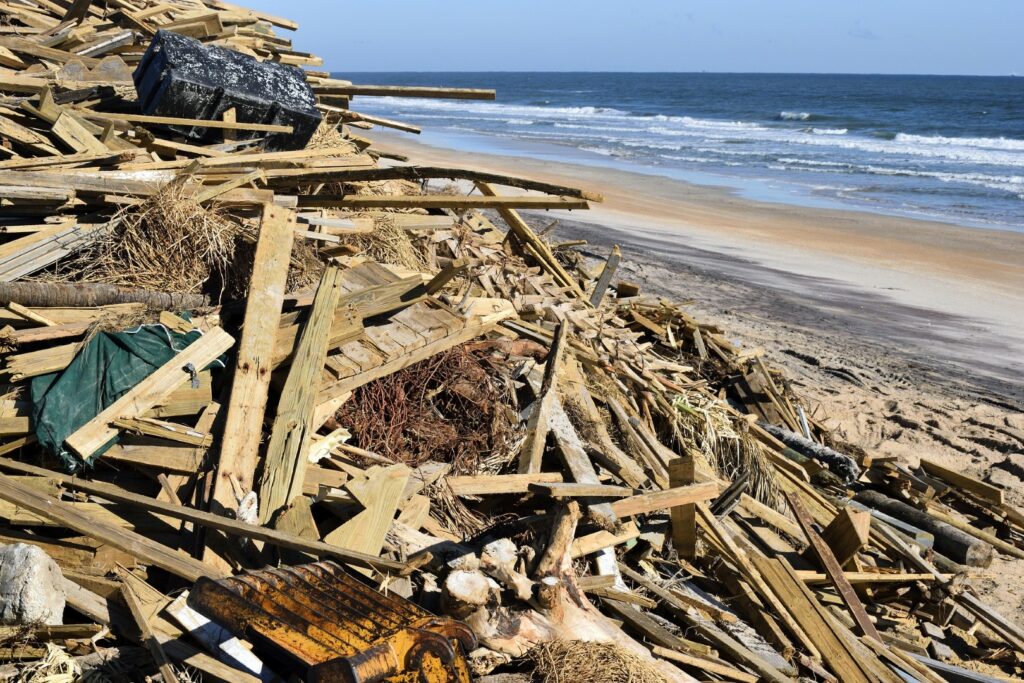 Due to the lack of any formalised space planning that would allow for municipalities to provide basic public services such as electricity, schools and health clinics (Lost inside World’s Biggest Floating Slum: Makoko – 4k immersive Travel Africa, Ludo Liu, 2021), this traditional fishing village is forced to contend with unsanitary, polluted and often dangerous conditions. Yet it represents man’s tenacious ability to survive and thrive. The lagoon residents use canoes and makeshift floating devices to get around and, despite all the challenges that the community faces, Lui states, “the atmosphere is peaceful and feels super relaxed!” Nonetheless, one cannot help but wonder what one wrong move, one strong wind, one particularly bad rainy season would do to such communities. 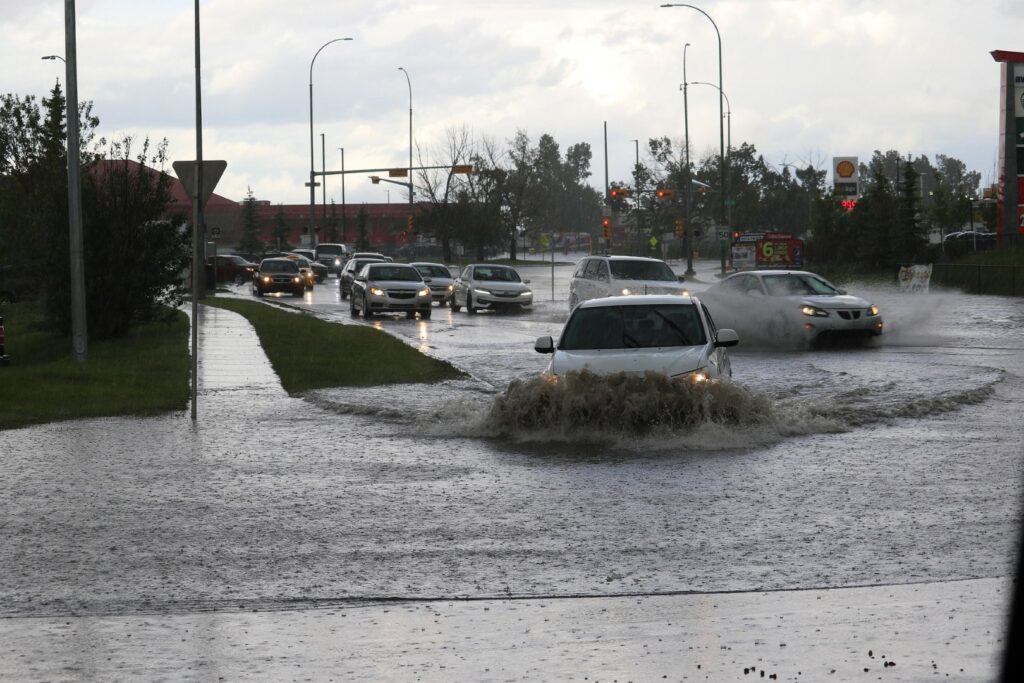 Research indicates that sea level rise is expected to be between 0,3 and 2,5 meters above 2000 levels by 2100 (Climate Change: Global Sea Level, Rebecca Lindsey, 2020-2021). Cities bordered by water such as New York, Venice, Shanghai and Mumbai may have a different landscape in the next 88 years. Clearly, we need a more proactive method to deal with this crisis.

One potential solution is better planned floating communities and, by extension, floating cities such as Oceanix City, prototype for the world’s first sustainable floating city. The project, proposed in 2019 by the Bjarke Ingels Group, will be located off the coast of Busan in South Korea. The benefits of the project and, hopefully soon, many like it include protection from sea level rise, the provision of alternative housing for crowded cities, renewable sources of energy, and lower CO2 emissions – for example, Oceanix has proposed banning carbon-emitting transportation, and waste will be sorted to be recycled or repurposed (Floating Cities: Your Guide to the Future of Urban Construction, BigRentz, Inc., 2019). 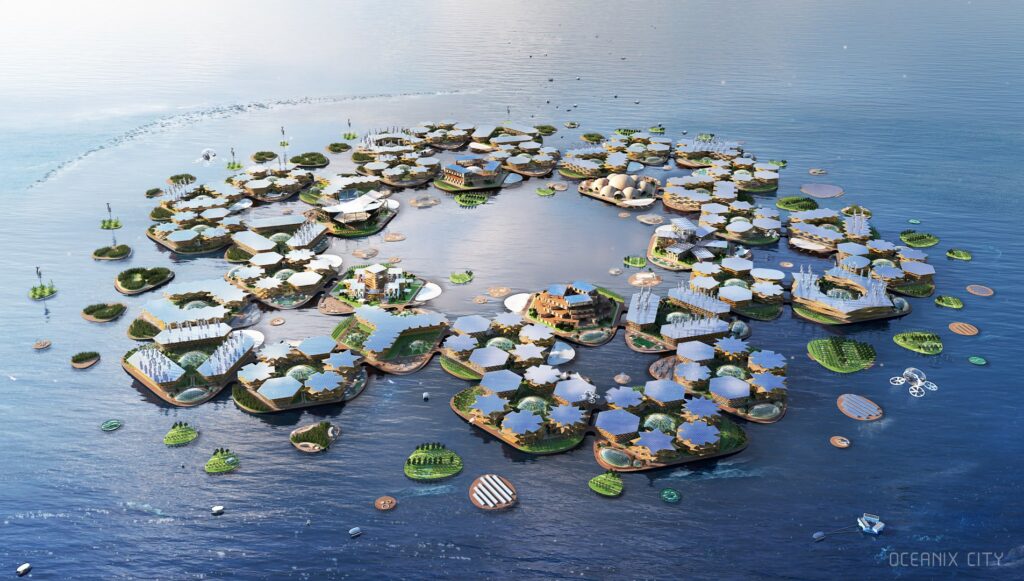 The innovative technologies required to build the Oceanix City prototype are still in development. Until then, one must wonder if this is our shared future or merely a fantasy.